As per this article in Realestate.com.au on Wednesday 2nd October 2019 by Samantha Healy, a new report has named the top 10 spots for investors to buy right now, and three of those hot spots are right here in Queensland.
The Sunshine Coast was gifted pole position in the report, Investor Opportunities as Real Estate Rebounds, which was released by Ryder Property Research. But the Sunny Coast was not the only Queensland region to get a gong, with the Moreton Bay region and Mackay also making the top 10 list. 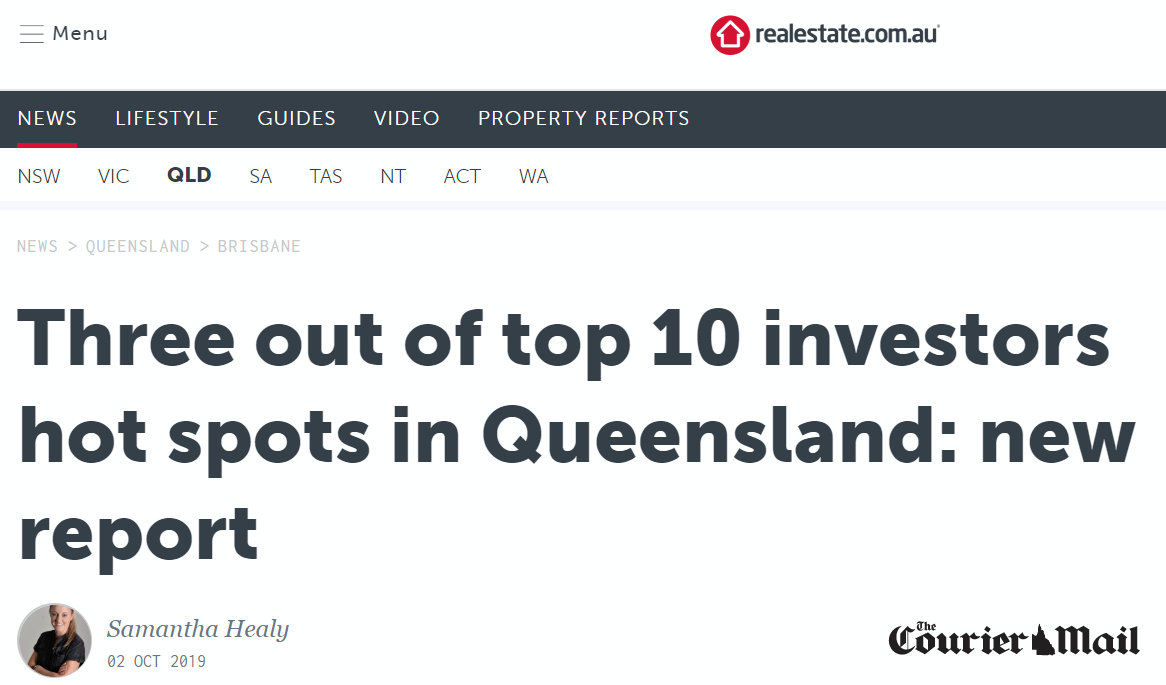 In terms of Moreton Bay, the report said the region is one of Australia’s highest-growth local government areas, and was being “spurred by high levels of infrastructure spending and attractive housing affordability”.
“This is attracting interstate migrants, first-home buyers and investors to the area, driving strong demand for housing,” the report said.
Its proximity to the Brisbane CBD and Sunshine Coast, and therefore employment nodes, plus its many lifestyle attractions, was also proving attractive to buyers and investors.
“With ample land suitable for development, combined with recent changes to rezoning laws, the number of applications for residential estates has increased in the last 12 months,” according to the report.
“These are accompanied by construction of the $2 billion North East Business Park and a new university campus, which are creating new employment in the area.
“This region has been identified by the State Government as a Principal Regional Activity Centre for major growth in the Brisbane area, an encouraging factor for the LGA’s long-term economic prospects.
“Moreton Bay has numerous suburbs with rising demand, based on Hotspotting’s quarterly surveys of sales activity — and price growth in the area is well above Brisbane averages.”
For Moreton Bay, the report said the region as a whole “generally presents an attractive package for investors: affordable prices, low vacancies and high rental yields”.